Chinese New Year Around the World

Chinese New Year Around the World

Lunar New Year is a well-known major celebration for the Chinese and its overseas communities. However, the Chinese is not the only group that holds this annual tradition. Thanks to its cultural influence in the past, this day is also celebrated in neighbouring countries.

Days before Seollal (Korean for Lunar New Year), many South Koreans would flock back to their 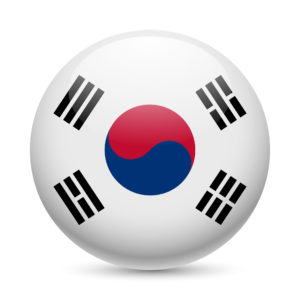 hometowns. Congestion on highways and train stations are common occurrences all over South Korea during this period.

The first day of Seollal is generally reserved for family gatherings and rituals for ancestors and deceased elders. It usually begins with the Charye ceremony where family members in traditional costumes or formal suits pay respect to their ancestors and elders by placing offerings at the family shrine or in front of photographs of deceased elders.

After the ceremony, the family will have the ritual food for breakfast, which includes tteokguk, a New Year soup typically made from rice cake, beef, egg and vegetables. The younger Koreans will then perform “sebae” – a deep bow towards the living elders of the family, followed by presenting gifts to them. The elders will give the younger generations red packets, called “sebaetdon,” in return.

Traditional games are usually played, one of which is the “yut” or “yutnori,” a board game that is suitable for all ages. All the players have to do is throw 4 wooden blocks up in the air and they will get points based on the way the wooden blocks land. Another common activity would be see-sawing, popular among the young girls.

There are various customs observed by the Koreans during Seollal, one of which is the burning of daljip, or “moon house” made up of a huge heap of straw or twigs with a door to the east for the moon to enter when it rises. They also attach notes of good wishes for the year to the daljip. Koreans believe that burning the daljip will help to get rid of evil spirits and bring in good luck. Another custom is the making or keeping of bokjori, a bamboo strainer believed to “capture” good luck.

Though it does not fall on the same day as in neighbouring countries, the Japanese cultural new year, Shogatsu, is celebrated almost the same way as the Chinese. From 1873 onw 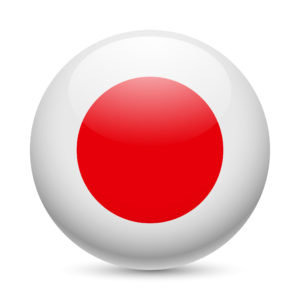 ards, the Japanese New Year has been celebrated on the 1st of January, ending the tradition of celebrating the new year based on the Chinese lunar calendar system. However, local customs more or less remain unchanged.

Visitors in Japanese temples or shrines counting down to the New Year will get to witness the ringing of big bells. These bells are struck 108 times, representing all the sins committed or evil influences (believed to be 108 in total) that have been subdued by the ringing. Another saying is that the striking represents the total number of Buddhist prayer beads.

Besides spring cleaning, the Japanese also go to shrines or temples to make prayers at this time of year and there is a custom where the elders give money packets (called pochibukuro) to the young kids. Another popular activity would be the making of mochi. This is usually done before New Year so that the mochi can be eaten during the festive celebrations.

One particular type of mochi specially made during the Japanese New Year is the kagami or “mirror” mochi. This mochi comprises one large mochi shaped like a round mirror (hence the name “kagami“), and a smaller one placed on top of the large mochi. It is topped with a tangerine called daidai and is usually adorned with decorations.

Besides the mochi, another famous delicacy usually prepared all over the country during the Japanese New Year is the osechi ryori. It is a collection of different foods, in tiered wooden compartments, typically eaten during the first few days of the New Year. Each food is chosen to symbolise positive matters – shrimps represent longevity and the lotus root represents the ability to look at the future. 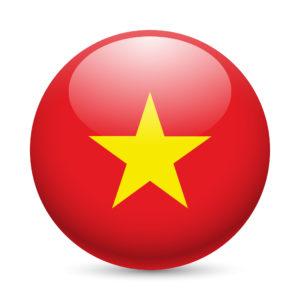 Ceremonies are held for ancestors and spirits and an important one is the “Tat Nien” ceremony for deceased relatives, held on the afternoon before the Lunar New Year as a call for them to join in the celebrations. Another ceremony is held for the spirits on the eve of New Year’s, known as “Giao Thua.” The Vietnamese will also visit graves on the fourth day of Tet as they believe that this is the day when ancestors return to heaven and the visit is seen as an escort for the departing ancestors.

Interestingly, many families in Vietnam also have a tradition of inviting certain people to their house first – they believe that their very first guest (not including family members) will determine the happiness or well-being of their family for the rest of the year. Some families will invite guests based on the visitors’ names, social status or simply based on whether or not they deem a particular person to be lucky. They will usually arrange for “unlucky” people to visit at a later time.

Vietnamese will also place “cay neu” in front of their homes – a tall bamboo New Year pole decorated with inscriptions on pieces of red paper, a basket containing betel and areca nuts, wind chimes, or even a bamboo curtain, believed to keep evil spirits away. The basket and the offerings in it, meanwhile, are meant for the good spirits.