Sick to the Stomach

Sick to the Stomach

Helicobacter pylori (HP) is a spiral shaped bacteria that is commonly found in the human stomach and small intestines. In fact, it is estimated that half of the world’s population may have a chronic infection with HP, and it is especially prevalent in poorly developed countries. 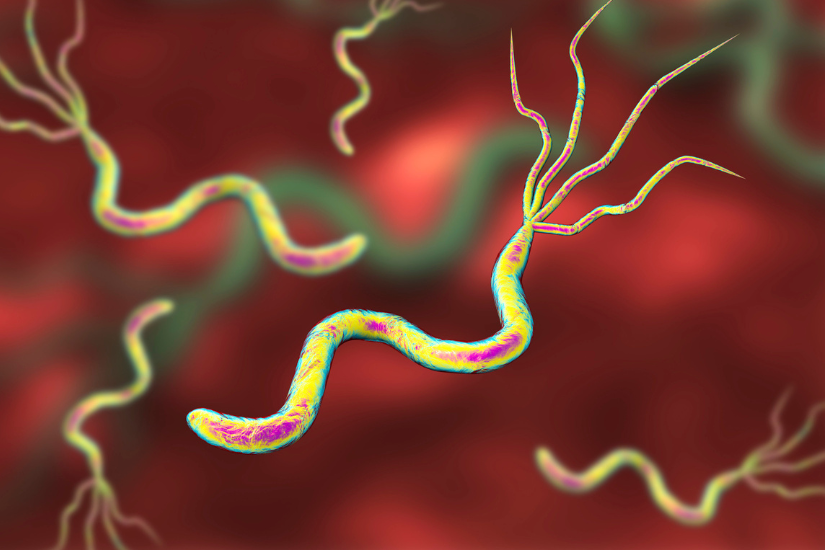 Prior to this, doctors had widely believed that stomach and duodenal ulcers were due to the effects of excessive acid in the stomach as a result of stress, cigarette smoking or irregular meals. In fact, classic surgical textbooks had described operations to cure ulcers by removing the part of the stomach that produces acid or by cutting the nerves that control the secretion of acid in the stomach. By the 1980s, drug companies had also found a way to treat ulcers medically with acid blockers such as Zantac and Tagamet; but despite allowing the ulcers to heal, the condition usually recurs when the drugs are stopped.

It took Dr Marshall and Dr Warren many scientific presentations and publications before they could convince other doctors that a bacterium is the cause of ulcers. In fact, Dr Marshall even had to resort to inoculating himself with HP to show that it causes gastritis in a healthy male volunteer (himself). This brave experiment, and many more clinical trials that followed, eventually convinced the world that ulcers can be cured by antibiotics that eradicate HP. For their seminal contribution to the understanding of stomach diseases, Marshall and Warren were awarded the Nobel Prize in 2005.

We now know that HP can also exist as a commensal in the stomach of some people without causing any symptoms or disease. We cannot exactly predict whether HP can cause problems in you as there may be multiple undefined host and bacterial virulence factors. In other words, some strains of HP may be more aggressive in causing problems in humans, and some people may be more susceptible to developing these problems compared to others.

Besides staying in the stomach, HP can also be found in our saliva and faeces. As such, the usual route of HP infection is either oral-to-oral or faecal-to-oral contact. Most people are infected in their childhood, especially from unhygienic food and water sources. We may also get it by sharing food with people who are infected, which may be a reason why HP is especially common in Asia where eating from communal dishes is widespread. 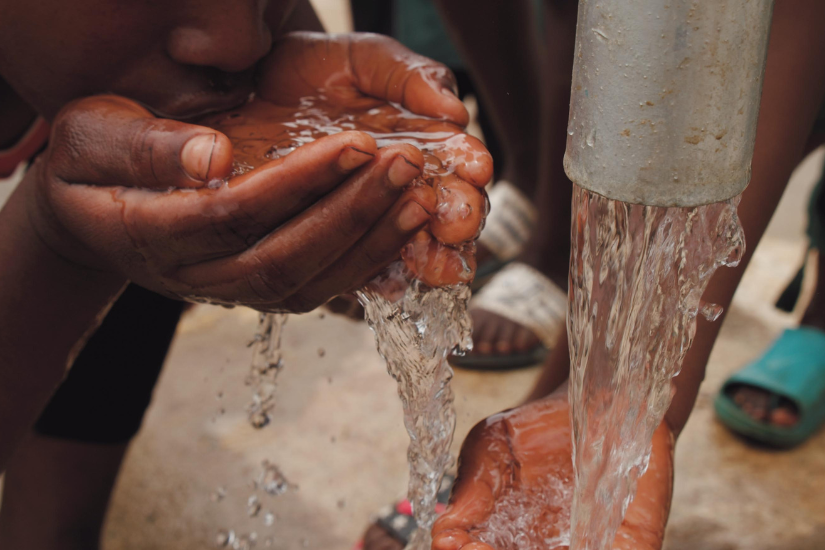 HP infection of the stomach can cause symptoms such as bloating, indigestion, vomiting, upper abdominal discomfort, halitosis (bad breath) and diarrhoea. Your doctor may order a test for HP if he suspects that this is the cause of your symptoms and eradicating this with antibiotics may cure you.

Testing for HP is also recommended if you have a history of ulcers, or if you are require other long-term medication that can increase the risk of bleeding from ulcers. These drugs include aspirin and Non Steroidal Anti-Inflammatory Drugs (NSAIDs), such as naproxen.

I have mentioned that HP is frequently seen in the stomach of patients with stomach cancer. In fact, HP was classified as a Class I carcinogen for stomach cancer by the World Health Organization (WHO) in 1994. If you are at high risk for stomach cancer (e.g. if there is a history of stomach cancer in your immediate family), we may recommend testing and treating the HP to reduce your future risk of developing this cancer.

Testing for HP is relatively easy and accurate. Non-invasive testing can be done in the clinic by a Urea Breath Test (UBT) or by a faecal antigen test. A blood test for HP is also available based on the serology testing for HP antibodies. This test is not recommended as a positive test cannot differentiate between current active infections and a past one. This is because HP antibodies may remain positive for many years after the HP is eradicated from the stomach. 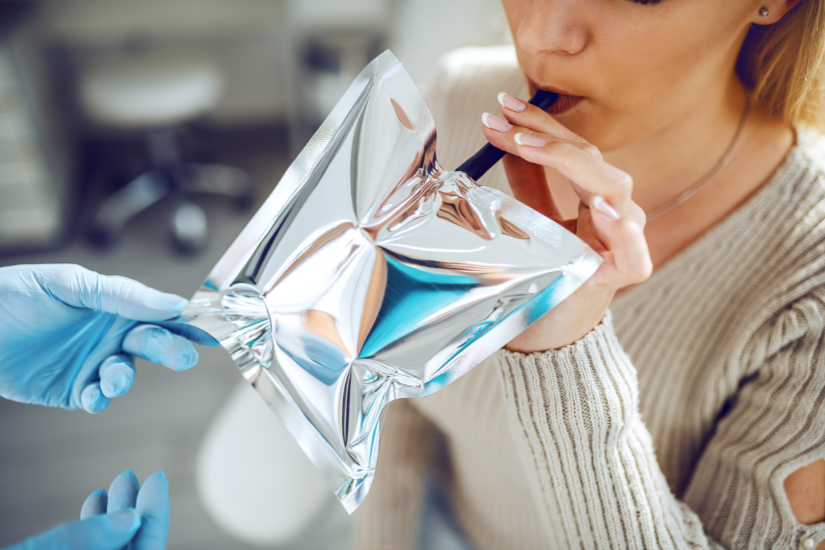 The UBT is a simple, safe and non-invasive test developed by Dr Marshall, based on the ability of HP to break down urea to form ammonia. It is very accurate, with 95% sensitivity and specificity.

To do this test, come to the clinic in the morning after fasting for at least 6 hours (no food or water to be consumed). Do not smoke for 6 hours before the test. And avoid taking antibiotics for 1 month before the test date, as well as gastric medication for 1 week before the test date. This is because these drugs may interfere with the accuracy of the test results.

You will be asked to swallow a tablet containing 100mg of urea labelled with a 13C isotope tracer (this substance is not radioactive). If HP is present in your stomach, the urea is degraded into carbon dioxide and ammonia. The carbon dioxide is absorbed by the stomach, passes into the blood and travels to the lungs where it is excreted in the breath. The 13C labelled carbon dioxide can be detected in the laboratory by collecting the exhaled breath in a bag 20 minutes after swallowing the urea tablet.

We can also test for HP by doing a gastroscopy. During the gastroscopy, we take a biopsy of the stomach lining and send it for histology to look under the microscope for the HP, or put it into a rapid urease test kit. If HP is present, urea in the test kit is converted to ammonia, leading to a change in pH which is indicated visually by a colour change in the test kit. In cases of HP with antibiotic resistance, we can also obtain a specimen from the stomach to culture the bacteria in the laboratory. Once the organism has been grown, we can test its sensitivity to various antibiotics to guide further treatment. 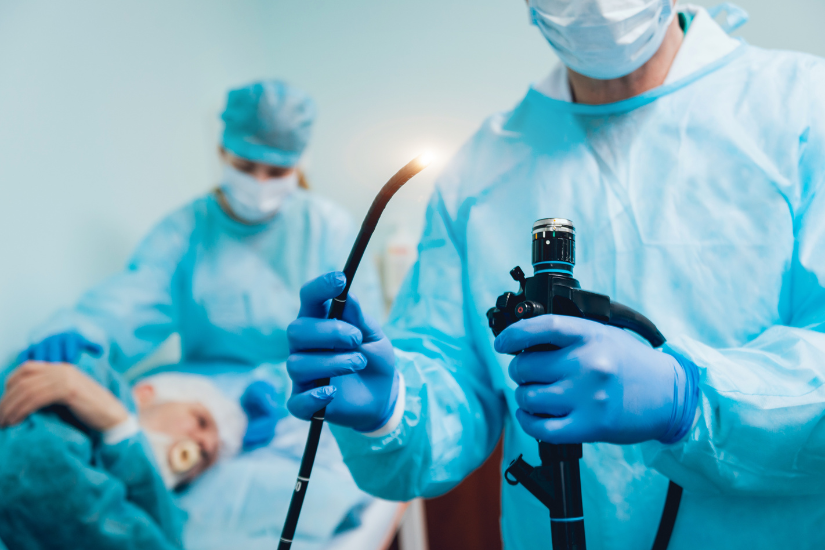 Gastroscopy is the gold standard compared to the other ways of testing for HP, as it also gives a very accurate visual assessment of the esophagus, stomach and duodenum. It is an important diagnostic tool for patients who has complaints of “gastritis” and other digestive symptoms.

To the layman, “gastritis” is often used to denote symptoms of indigestion, bloating, discomfort or even pain in the upper abdomen. However, to doctors, gastritis is a specific diagnosis of inflammation in the inner lining of the stomach. Besides HP, gastritis can also be caused by excessive acid in the stomach, drugs, alcohol and smoking.

A diagnosis of gastritis is usually made by gastroscopy. Instead of a normal stomach with healthy pinkish lining and small folds, gastritis can appear as a colour change, or as nodularity, erosions or irregularities. We will usually take a biopsy from the stomach to look under the microscope. The pathologist will come out with the final histologic diagnosis in a few days.

Besides gastritis, the gastroscopy examination can also detect other problems in the stomach, such as ulcers and cancers. We are now able to detect cancers and pre-cancers at a very early stage by using optical enhancements during endoscopy, such as magnification and chromoendoscopy.

Stomach cancer is curable if it is detected in the early stages. Identification of pre-cancer changes in the stomach, such as intestinal metaplasia, can also help stratify high risk groups for surveillance. A HP test and eradicate protocol can reduce the incidence of gastric cancer by reducing the population prevalence of the main causative factor for stomach cancer. 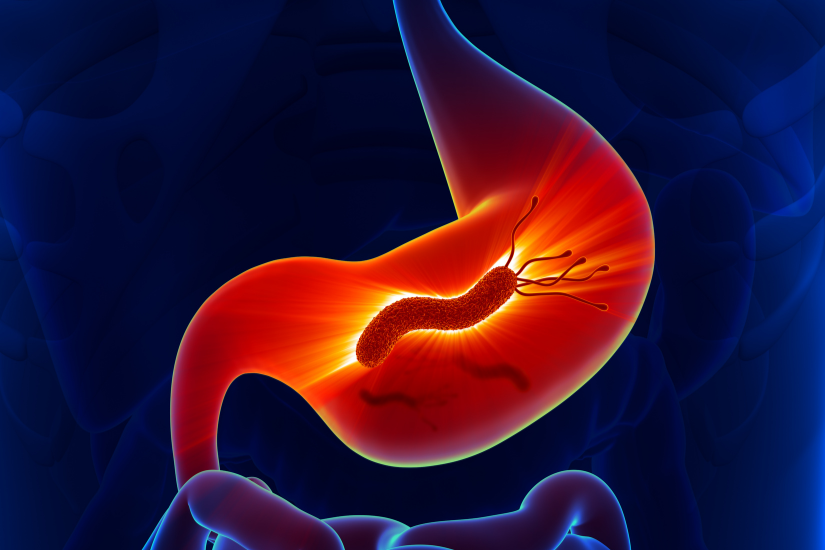 Treatment of HP is only indicated for patients who have a positive test for HP. Selecting the right treatment can be challenging. A combination of three or four medications (antibiotics, acid blockers and probiotics) must be taken multiple times a day for 10 to 14 days. The success rate of eradicating HP completely is about 80% as there are rising rates of antibiotic resistance worldwide. A UBT is recommended 1 to 3 months after treatment to check on the success of eradication. A second or even third course of different antibiotics is sometimes required if there is persistent HP, despite the completion of first line therapy. Fortunately, once HP is successfully treated, the risk of a re-infection in the future is very low. 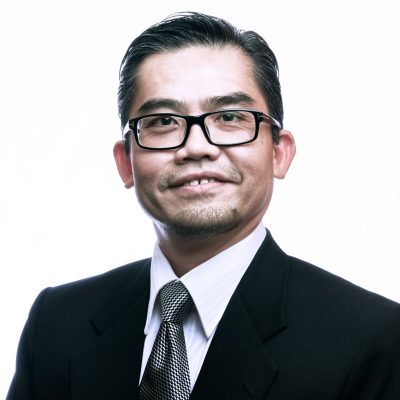 Dr Melvin Look is the Director of PanAsia Surgery in Mount Elizabeth Hospital, Mount Elizabeth Novena Hospital and Parkway East Hospital. He is a Consultant Surgeon in Gastrointestinal, Laparoscopic and Obesity Surgery, and has a special interest in Endoscopy and treatment of Digestive Diseases. He underwent various training awards at the National Cancer Center Hospital in Tokyo, Royal Infirmary of Edinburgh UK, Mount Sinai Medical Centre New York, and Washington Cancer Institute in Washington DC. 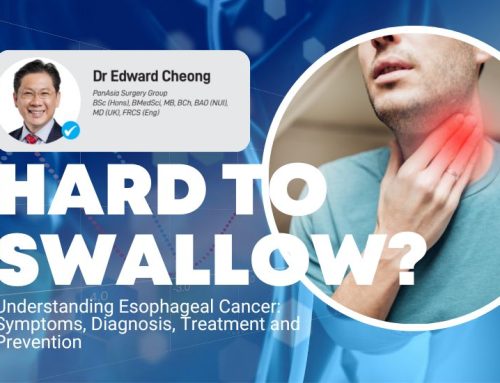 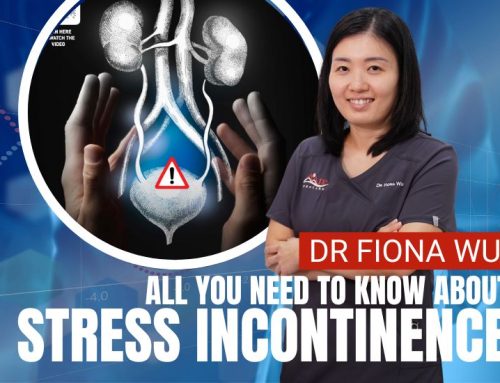 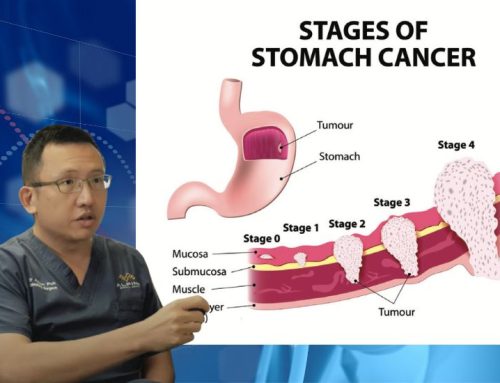