What Smoking Can Do To You, And How To Quit

What Smoking Can Do To You, And How To Quit

Smoking is harmful to your body, and quitting can add years to your life. Nicotine is the addictive drug in tobacco smoke that causes smokers to continue to smoke. Addicted smokers need enough nicotine over a day to “feel normal” – to satisfy cravings or control their mood. How much nicotine a smoker needs determines how much smoke they are likely to inhale, no matter what type of cigarette they smoke.

Along with nicotine, smokers inhale about 7,000 other chemicals in cigarette
smoke, which contains more than 60 known cancer-causing chemicals.

The substances you inhale don’t just affect your lungs, but your entire body. Once addicted to nicotine, it can be hard to quit. 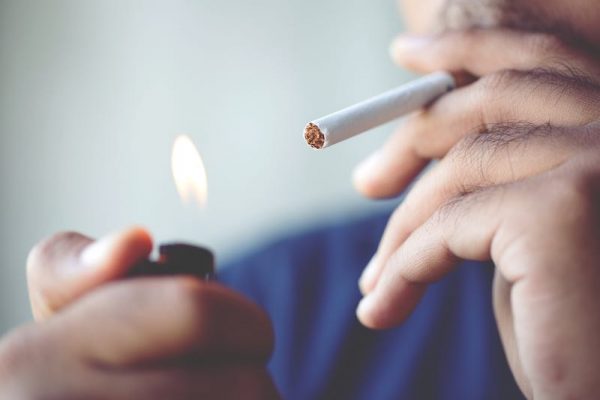 The most damaging components of tobacco smoke are:

• Tar – this is the collective term for the various particles suspended in tobacco smoke. The particles contain chemicals, including several cancer-causing substances (carcinogens). Tar is sticky and brown, and stains teeth, fingernails and lung tissue. Tar contains the carcinogen benzo(a)pyrene.

• Carbon monoxide – this odourless gas is fatal in large doses because it takes the place of oxygen in the blood. Each red blood cell contains a protein called haemoglobin that transports oxygen molecules around the body. However, carbon monoxide binds to haemoglobin better than oxygen. In response, the body makes more red blood cells to carry the oxygen it needs, but it makes the blood thicker. This means that when the body demands more oxygen during exercise, less oxygen reaches the brain, heart, muscles and other organs.

What smoking does to your body 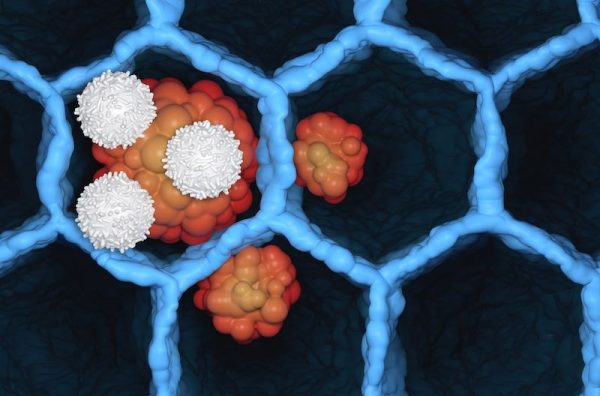 Inhaling tobacco smoke causes damage to many of the body’s organs and systems.

Effects on the respiratory system include:

Effects on the immune system include:

Effects on the musculoskeletal system include:

Effects on the sexual organs include: 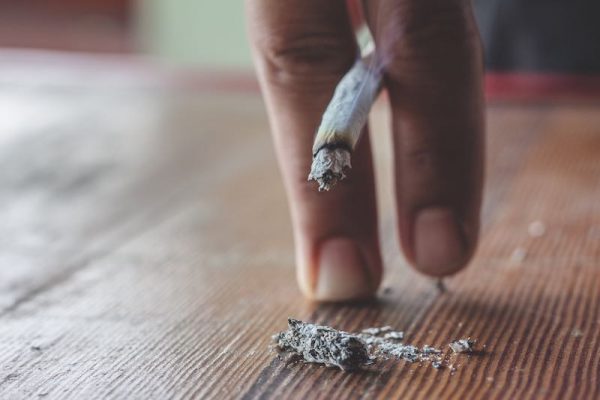 Effects on the mouth and throat include:

Other effects on the body include: 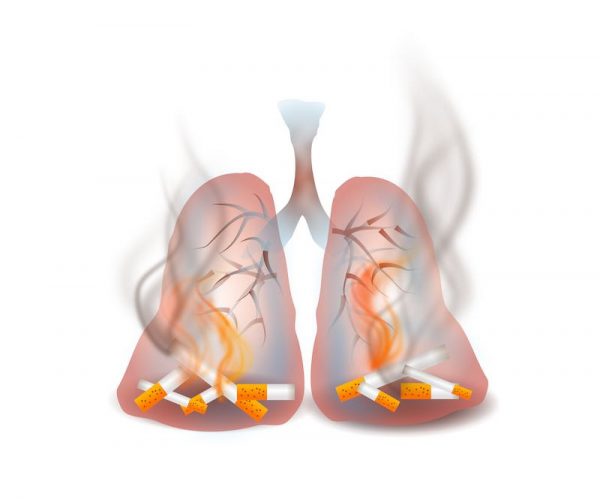 A lifetime smoker is at high risk of developing a range of potentially lethal diseases, including:

Babies are not spared as well 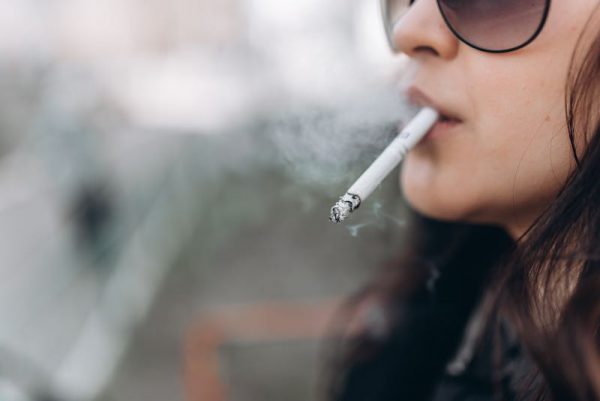 Smoking can make it harder for a woman to become pregnant. It can also affect her baby’s health before and after birth.

Paternal smoking can also harm the fetus if the non-smoking mother is exposed to second-hand smoke.

And if a parent continues to smoke during their baby’s first year of life, the child has an increased risk of ear infections, respiratory illnesses such as pneumonia and bronchitis, sudden infant death syndrome (SIDS) and meningococcal disease.

Death from smoking-related disease is preventable

In many countries, cigarette smoking is the leading preventable cause of death. Smoking causes more deaths each year than all the following combined:

Smokers are more likely than nonsmokers to develop heart disease, stroke, and
lung cancer. More women die from lung cancer each year than from breast cancer. For those suffering from diabetes, smoking also makes it harder to control the disease.

Nicotine can affect the way the body processes many different drugs and, in turn, how these drugs work. Check with your doctor or other health professionals whether nicotine may affect any medication you are taking. 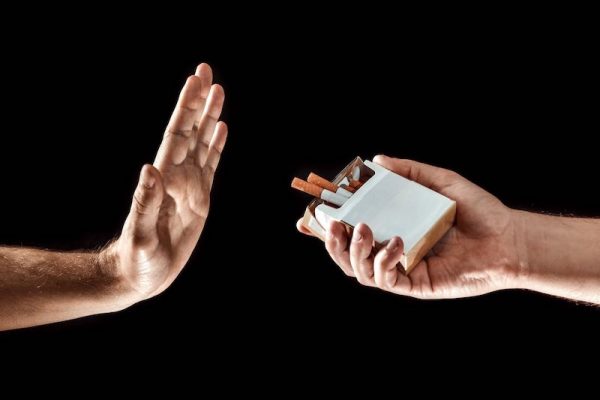 Quitting is hard, and many don’t succeed the first time. But just making the decision to quit is a step in the right direction. Here are a few more to help you along….

o List all your reasons for quitting. Place this list where it can be sighted easily and refer to it whenever you feel the urge to light up.

o Pick a quit date, preferably one where you will be occupied with some fun activity rather than when you will be under pressure. In the run-up to that day, reduce the amount of smoking as much as possible. Avoid other smokers and go to places where smoking is not allowed.

o Involve a doctor or other professional help. This can include support tools that are online or via the phone to help you cope with withdrawal symptoms.

o The first couple of weeks will be a period when you will be faced with cravings and feelings of tenseness and irritability as your body tries to adjust. During this time, occupy yourself with something that takes your mind away every time you feel the urge to light up.

o Reward yourself every time you are able to resist the temptation to smoke. Also remind yourself of how your health is improving with each passing day. With the money you have saved from not smoking, give yourself a treat or a nice gift.

o Remove traces and triggers. Avoid triggers like alcohol and places where people smoke. Instead, connect with other non-smokers, maybe take up a new hobby. Get rid of the scent of stale tobacco in your house, car or anywhere else that is going to remind you of the habit.

o Don’t focus on the long haul but take it one day at a time. Make every effort to succeed on a daily basis. Don’t give in to thinking that if you fail today, you can quit again tomorrow.

What quitters can expect 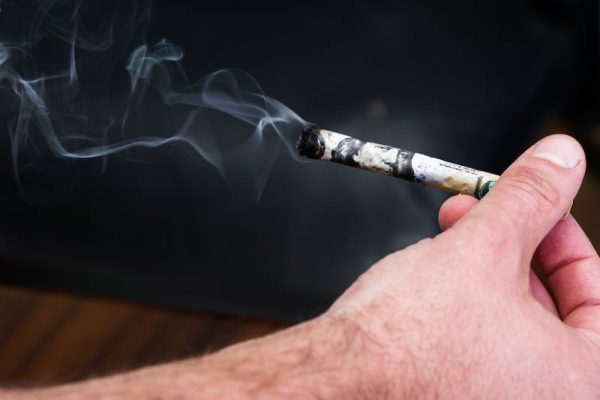 Withdrawal from tobacco products can cause temporary congestion and respiratory discomfort as your lungs and airways begin to heal. Increased mucus production right after quitting smoking is a positive sign that your respiratory system is recovering.

As withdrawal symptoms may make one hungrier, one may end up turning to comfort eating. When faced with the urge to eat, look for healthy snacks or even just chew

on some sugarless gum instead. However, don’t end up substituting cigarettes with caffeine as that may deprive you of the sleep that is needed.

Look for support in different ways, so that the journey
is not a lonely one. Get a friend or family member to encourage you in this quest. If you know an ex-smoker who has quit successfully, get that person to be a mentor. If you know of another smoker who also wants to quit, you can embark on this journey together.

You can also take advantage of free tools like app downloads that offer tips and encouragement.

It is possible that in the process of quitting, you slip up and succumb to a trigger. That can happen, and may happen more than once. Don’t be discouraged by this setback. Learn from experience, take note of your triggers and plan how to avoid them in future. Quitting can require more than one attempt.

Cigarettes are not cheap, and people who smoke cigarettes are literally burning their money. In addition, smoking leads to future medical costs that can burn a big hole in your savings. Besides, those who smoke are likely to end up paying a higher premium for medical insurance or may even be denied. On top of all that, smoking reduces one’s quality of life as it affects enjoyment of good food and fresh air, among other things.

Starting the habit is easy, and many people do so out of peer pressure or having the impression that it makes them look cool. Once hooked, quitting takes great effort and some effects of smoking may be irreversible. There are many clean and healthier ways to be cool or relieve stress; just don’t go down this slippery way.