It was not so long ago when the world witnessed its last Public Health Emergency of International Concern (PHEIC), an event that is determined by the World Health Organisation (WHO) Director-General and requires the convening of a committee of experts – the IHR (International Health Regulations) Emergency Committee. This last event was in July 2019 – The Ebola outbreak in the Democratic Republic of the Congo (DRC).

However, the Ebola outbreak was a very different event from that of the current Wuhan coronavirus outbreak, The Ebola event started back in August 2018 and was only declared a PHEIC on 17 July 2019. The Wuhan coronavirus (2019-nCOV) was informed to the WHO on 31 December 2019. It was declared a PHEIC just a month later. Ebola was largely confined to the DRC, with a few cases in Uganda. The 2019-nCOV has affected numerous countries countries around the globe. Finally, the Ebola outbreak totaled about 3,400 cases and killed a large number of its patients, about 2,200 (mortality rate of about 65%); the 2019-nCIV infected about 10,00 and killed 213 (as of 31 January 2020), that is a mortality rate about 2.1%.

Coronaviruses are a family of viruses that is a common cause of colds and other upper respiratory infections, which can be potentially deadly in mammal and birds. First described in detail in the 1960s, the name coronavirus comes from the Latin word corona, meaning crown or halo. Under an electron microscope, the images of the virus is reminiscent of a solar corona.

Coronaviruses are common in many different species of animals, including camels, cattle, cats, and bats. Rarely do animal coronaviruses infect people and then spread between people, the prime examples being SARS, MERS and, now, the 2019-nCoV. These viruses that transmit from animals to humans is known as zoonotic viruses by scientists.

In terms of human-to-human transmission of coronaviruses, most often, this happens among close contacts (about 6 feet~1.8m). Human-to-human spread is thought to occur mainly via respiratory droplets produced when an infected person coughs or sneezes, similar to how influenza and other respiratory pathogens spread. These droplets can land in the mouths or noses of people who are nearby or possibly be inhaled into the lungs.

2019-nCOV is a novel coronavirus, meaning that it is a new strain of virus that has not been previously identified in humans. As such, there is still a lot that is not known about this new virus.

The origins of the new virus is still debatable. Some scientists have said that a type of snake may be the original source of the Wuhan coronavirus. However, other infectious disease experts say the ultimate culprit is more likely to be the bat. Professor Wu Guizhen of the Chinese Center for Disease Control and Prevention said in a study released by the Lancet medical journal that the data they had so far was consistent with the virus being initially hosted by bats.

Bats have long been known as a reservoir for several different deadly viruses like Marburg, Nipah and Hendra, which have caused diseases in humans and outbreaks in Uganda, Malaysia, Bangladesh and Australia. These winged mammals are also thought to be the natural host of the Ebola virus, rabies, SARS and MERS. However, often, there is an intermediary involved as was the case with SARS in 2003 – the civet cat – and MERS, which was carried by camels.

The incubation period (time from exposure to the development of symptoms) of the 2019-nCOV is estimated to be between 2 and 14 days based on various sources, including the WHO, the Chinese National Health Commission (NHC) and the United States’ (US) Centers for Disease Control and Prevention (CDC). However, based on a Chinese study published in the New England Journal of Medicine, it was found that the incubation period was around 5.2 days on average, although it varies greatly among patients.

It is currently unclear if a person can get 2019-nCoV by touching a surface or object that has the virus on it and then touching their own mouth, nose, or possibly their eyes. Also, typically, with most respiratory viruses, people are thought to be most contagious when they are most symptomatic. With the 2019-nCoV, there have been reports of spread from an infected patient with no symptoms to a close contact. However, it is important to note that there remains much more to learn about the transmissibility, severity, and other features associated with 2019-nCoV, with ongoing investigations and research.

SYMPTOMS OF THE DISEASE

The 2019-nCOV causes pneumonia. Those who have fallen ill are reported to suffer coughs, fever and breathing difficulties. In severe cases, there can be organ failure. As this is a viral pneumonia, antibiotics do not help. Common antiviral drugs against flu will not work. If people are admitted to hospital, they may get support for their lungs and other organs as well as fluids. Recovery will depend on the strength of their immune system. In the cases of infections so far, many of the patients who have died were already in poor health.

At the time of writing, the 2019-nCOV rate of transmission has far exceeded those of SARS and MERS. As of 31 January, the total number of cases number about 10,000 in just about a month. SARS infected about 8,000 patients over eight months while MERS had about 2,500 cases.

Indeed, as reported in the New York Times, many of the world’s leading infectious disease experts are fearful that the Wuhan coronavirus is likely to become a pandemic that circles the globe, especially as there is growing consensus that the pathogen is readily transmitted between humans. Scientists have also found that the Wuhan coronavirus is spreading more like influenza, which is highly transmissible, than like its slower-moving viral cousins, SARS and MERS.

In terms of human-to-human transmission of coronaviruses, most often, this happens among close contacts (about 6 feet~1.8m)

The high transmission rate is likely to have been compounded by certain factors, such as the increased flow of people within and outside of China during the Lunar New Year period and the possible transmission of the virus by asymptomatic patients. With the virus being such a new phenomenon, there remains a lot of unknowns with regards to possible alternative modes of transmission of the disease.

It is important to remember that, at the time of writing, despite the high transmission rate, the vast majority of cases so far have not been fatal. At the time of writing, based on official information, the disease has spread to some 22 countries, including Thailand, the US, Australia, Singapore, South Korea, Malaysia, Japan, France, Canada, Vietnam, Nepal, Cambodia, Germany, the United Kingdom, Finland, Sweden, Spain, Italy, India, Philippines and Russia. The Special Administrative Regions of Hong Kong and Macau as well as Taiwan have also seen cases. The official number of cases stands at about 10,000 while the official number of deaths is 213. There have been no deaths outside of China at the time of writing. Thus far, Wuhan coronavirus’ mortality rate is about 2.1%. However, the mortality rate may change as the number of people affected change. By comparison, the WHO estimated that the SARS outbreak of 2003 had an overall fatality ratio of 9.6%, while MERS has a mortality rate of 35%. Thus, in comparison, despite its high transmission rate, the 2019-nCOV has a comparatively lower mortality rate.

In terms of treatment, according to Dr. Maria Van Kerkhove, head of the WHO’s emerging diseases and zoonoses unit, there are no specific treatments for coronaviruses which can range from the common cold to SARS. But just like the common cold, doctors can treat the symptoms. Doctors would be making sure patients can breathe properly and giving them life support, if required. Aside from that, the benefit of keeping people in hospitals would be isolating them from the general population, so they cannot infect others.

The way to stop an outbreak is to work out who a patient has had contact with, and try to stop them from spreading the virus. Doctors put all the contacts the patient has had recently under “surveillance”. If those contacts develop a fever, then they are immediately tested for the virus, and then their contacts need to be traced. By tracing contacts, identifying new cases and isolating them, transmission can eventually be disrupted. This was how the 2003 SARS outbreak was brought under control.

Chinese authorities have effectively sealed off Wuhan and other cities in the Hubei province. The unprecedented move was meant to “resolutely contain the momentum of the epidemic spreading” according to China’s state broadcaster CCTV. Many other Chinese cities outside of Hubei also adopted transport restrictions. Airports around the world have introduced screening measures and some countries, such as Singapore, have put in place travel bans for people coming from China. Some countries are also working to evacuate their citizens from Wuhan.

Further to this, scientists in the US, Australia and at least three companies (Johnson & Johnson, Moderna Therapeutics and Inovio Pharmaceuticals) are working on vaccine candidates to stop the spread of the coronavirus. However, even if scientists do successfully develop a vaccine, it might not be ready in time to treat this outbreak. According to Dr. Anthony Fauci, director of the US National Institutes of Allergy and Infectious Diseases, it will take a few months until the first phase of clinical trials begin, and then more than a year until a vaccine might be available. David Heymann, the WHO’s Assistant Director-General for Health Security and Environment, also stated that it is highly unlikely that any vaccines that come up for study during this outbreak would be available anytime soon.

With the many drastic actions that governments around the world have taken to contain the spread of the virus and protect people, as well as scientists working overtime to learn more about the disease and creating remedies, we need to be

reassured that, while the disease seems to be spreading quickly, there is also much work done to bring it under control. As individuals, we can, through maintaining personal hygiene and taking necessary precautions, work hand-in-hand with governments and medical professionals to help to bring the 2019-nCOV under control. Stay healthy.

The way to stop an outbreak is to work out who a patient has had contact with, and try to stop them from spreading the virus 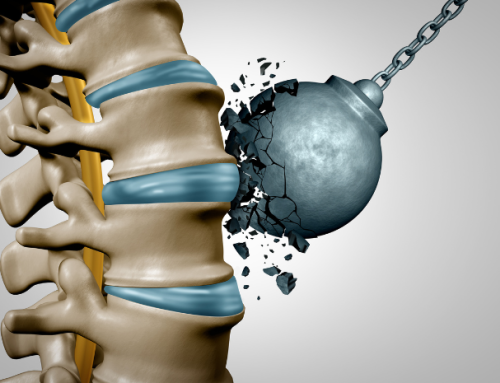 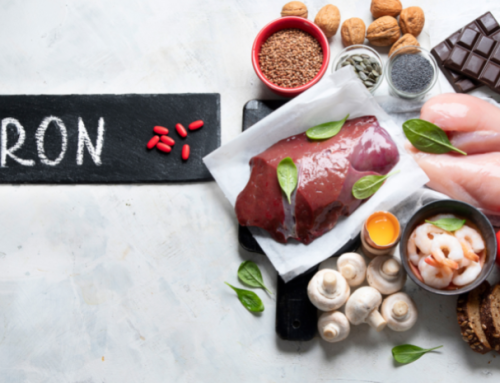 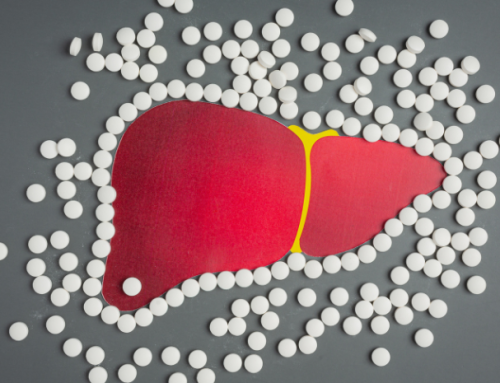 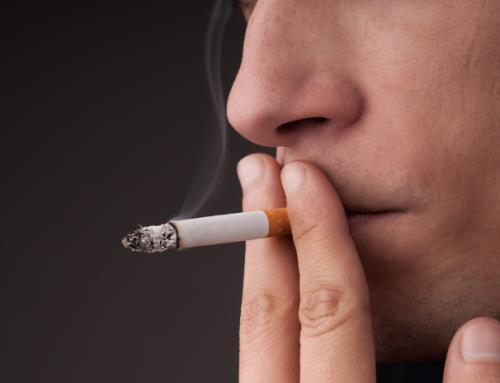