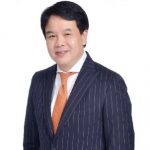 After his fellowship at Stanford, Dr. Lim joined the National University of Singapore (NUS) as a Senior Lecturer in the Department of Medicine and a Consultant Cardiologist in the Department of Cardiology at the National University Hospital. From 2000 to 2005 Dr. Lim worked as a Consultant Cardiologist at the National Heart Centre (NHC), before moving to private practice. When Dr. Lim was working at NUS and NHC, he was the local principal investigator for a number of international multi center clinical trials both for medical devices and new drugs. His experimental work was in stent coatings for sustained drug release, which resulted in a number of patents. Dr. Lim is still involved in drug delivery systems in Cardiology, one of which is in clinical trials in humans in Europe. He is a member of the Scientific Advisory Board at Clinquest Inc., a drug development company in Boston, Massachusetts, U.S.A.

Dr. Lim’s subspecialty within Cardiology is in the field of Interventional Cardiology. He has a special interest in complex angioplasty/stenting procedures. He is a Fellow of the Academy of Medicine Singapore and the Royal Netherlands Medical Association. Dr. Lim Is a visiting consultant at the Juradong Park Gleneagles Heart Centre Brunei.