We are almost inseparable from salt – sodium controls the blood pressure and volume in our body, and supports thyroid functions too. Salt also reduces bitterness and acidity, bringing out the other natural flavours in food – gourmet salts have better solubility, exotic flavours, higher moisture level and superior mineral content. These salts are used to add profligacy, flavour and dressing to food products. A pinch of gourmet salt may be all it takes to intensify the flavours of dishes and adding complexity to them. 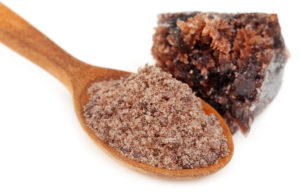 This exquisite salt which comes from volcanic rocks is used extensively in Indian cooking and mango smoothies. Kala namak is actually a pearly, pinkish-grey colour rather than black, and has a strong, sulphuric flavour and aroma. Vegan chefs have made this salt popular by adding the salt to dishes such as tofu scrambles, where it adds an “eggy“ flavour to the dish. 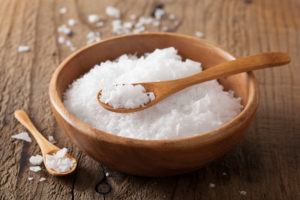 The crème de la crème of finishing salts, Fleur de Sel literally translates to “Flower of Salt” and is often called the “caviar of salts” by chefs worldwide. True Fleur de Sel comes from the Guérande region of France, made up of only “young” crystals that form naturally on the surface of salt evaporation ponds. The sparkling, diamond white grains have a quintessential sea breeze flavour, with only the least tang of bitterness. Its moist crunchy texture makes it ideal for salads, cooked fresh vegetables, and grilled meats. 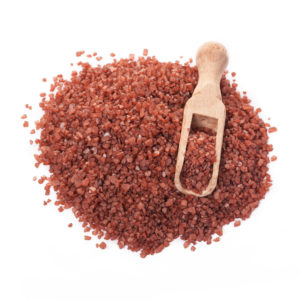 Infused with Hawaiian volcanic clay known as “alaea” which gives it an extraordinary red colour and its unique flavour – a subtle flavour that is said to be more mellow and earthy than regular sea salt. It is widely used in Hawaii as a key seasoning for many of their native dishes including the kalua pig, poke, and Hawaiian jerky. Ideal for seasoning foods, especially meat. Delicious on prime ribs and pork loins.

The intriguing blue colour of this salt is an optical illusion resulting from the formation of the salt’s crystalline structure, where individual crystals fracture the light in an unusual way making the blue colour visible. With a bold taste that quickly becomes mild and pleasant, it is commonly used as a dessert salt or used in foie gras, truffle dishes, seafood and meat dishes.

Smoked sea salts are created using natural smoking methods, though some may be artificially infused. They add a unique smokehouse flavour to a wide range of dishes, and they are best used for dishes which requires grilling or oven roasting— especially salmon.

Also known as Hiwa Kai, this salt contains activated charcoal (made from burnt coconut shells) which gives the salt its unique black colour, silky texture and a somewhat nutty
flavour. The striking colour and great smoky notes make it a great finishing salt for any dish. Exceptional on sushi, grilled steak, teriyaki chicken or tofu.

With its resemblance to crushed rose quartz and its mild, fresh salinity, the Himalayan pink salt is said to be the purest in the world and the only salt which contains 84 minerals and trace elements. This earthy tasting salt from Pakistan can be used in place of table salt for general cooking and salt baths.