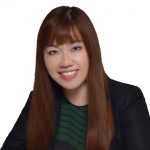 Prior to this, she has been practising in Tan Tock Seng Hospital’s Institute of Geriatrics and Active Ageing and Geriatric Medicine department for the past 16 years. During her time there, she helped establish the Subacute Geriatric Unit in 2009 and the Geriatric Monitoring Unit in 2010 which adopted best geriatric practices to develop a novel model of delirium care in the acute setting. This won the National Healthcare Group (NHG) Improvement Project Competition 2013 – Sustainability Award. She was doctor-in-charge of the Cognition and Memory Disorder Service, Centre for Geriatric Medicine from 2010 to 2014. She was Program Director of TTSH-AMK NHGP dementia integration in setting up Primary Care Dementia Clinic from 2012 to 2016 as part of the national efforts to beef up capability to manage persons with dementia. This has since evolved to Geriatric Integrated Network for Dementia (GERInD) in the Central Region, which includes medical integration of general practitioners and geriatric home care team.