Addiction is a chronic global problem. We explore some common addictions and their impacts.

A major contributing factor is stress that calls for a need for a respite with immediate effect. However, addiction even if treated, risks leaving behind major physical, psychological and social implications that aggravate concerns of a risk of relapse. 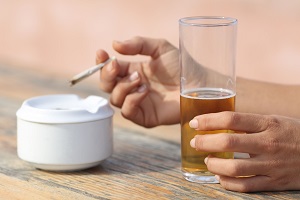 That first puff is all it takes!

Globally, this tops the list of addictions cases. A person who is addicted to alcohol or tobacco may even need a drink or a cigarette to get their day started. A lack of access to alcohol or tobacco may result in irritation, anxiety, convulsions and in extreme cases violence. Not only are such issues harmful to the person, they risk causing harm to family and relationships too.

Alcohol and tobacco risk depressing the central nervous system. An example is where people may lose consciousness after an overdose of alcohol. Heavy drinking and smoking may lead to liver disease, epilepsy, hypertension, stroke and cancer.

For long term alcohol and tobacco consumers deaddiction and the risk of relapse may prove even more challenging. Tobacco and alcohol addictions develop over time and leave physical marks such as nicotine scars. The smell of cigarette smoke or alcohol may create an urge for the same. Even after complete abstinence has been achieved, negative peer influences that are also ties of long term friendship may prove hard to leave. 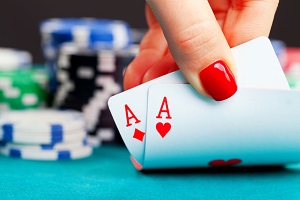 Betting more than you can afford to lose?

There is a misconception that a loss is fine as long as the gambler can afford it. The fact is that problems caused by excessive gambling are not just financial. Too much time spent on gambling can also lead to strained relationships and legal issues such as borrowing money from illegal sources. Frequent gambling may cause neglect of personal and professional responsibilities. Unemployment may result due compromised work performance. Unemployment may aggravate underlying psychological problems including depression and anxiety. In extreme cases, pathological gamblers may even commit suicide due to overwhelming financial demands.

The challenge in detecting gambling addiction is that the person who gambles may be largely secretive, denying and lying about it. Often problem gambling is only detected when the person has spent their last dollar, in debt of borrowed money or caught for stealing money to feed their addiction. 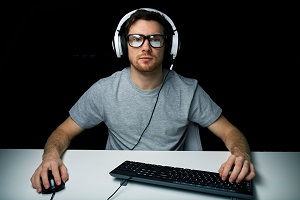 Into a world of your own

In the earlier section on gambling addiction, we spoke about losing to the last dollar. This may happen even faster in the virtual world where spending is often cashless. The internet has become an essential in today’s digital world. However, it may risk transporting you into another world where your problems may be forgotten and priorities become secondary.

While the internet is a source to a wealth of information at a click of a button, it also hosts an abundance of information that may be harmful and misleading. This type of addiction may hamper the capabilities of understanding and differentiating between reality and the virtual world

For the want of pleasure!

Drug and Inhalant addiction are often only referred to in the context of contraband drugs. The truth is that drug and inhalant addiction can refer to both the over consumption of legally prescribed medication and the consumption of illegal drugs.
Simply put, when certain medications such as sleeping pills, painkillers and cough syrups are consumed beyond the body’s needs, it risks leading to abuse and subsequent addiction. Addiction towards illegal drugs and inhalants are worse as they are illegal and often highly expensive means are sought to access them. Marijuana is often consumed to eliminate discomfort and increase pleasure.

The challenge in the treatment of drug and inhalant addiction are the severe withdrawal symptoms experienced when patients are weaned off the drug or inhalant. Some of the temporary symptoms include psychological instability such as anxiety, insomnia and even violent behaviour. Physical conditions include hot and cold flashes, increased sensitivity an overall body weakness and lack of appetite.

All for the want of “looking good”

We have spoken much about healthy diets and superfoods. However, while maintaining a healthy diet, it is important to also give in to your cravings once in a while.

Eating disorders arise as a result of an obsession on ones looks particularly body weight. Common eating disorders include anorexia nervosa, bulimia nervosa, and binge-eating disorder. These disorders vary largely in their behaviour but originate from the need to achieve an individually desired self-image that is often unrealistic.

Besides the psychological obsessions involved in eating disorders such as anorexia, bulimia or binge eating the excessive consumption of laxatives to purge foods from the body and the overall body impacts of overeating or not eating enough, risk critical long term impacts even after cure. A history of eating disorders are also linked to contribute to conditions such hormone imbalances, osteopenia or osteoporosis Left unattended, eating disorders can prove lethal.

As we have now seen, addictions can take diverse forms and have many obvious and hidden warning signs. However, we are reassured that medical psychotherapy can achieve reversal and determination can achieve cure. Look out for more articles on identifying and overcoming this challenge.

Relax and inhale the scents of Essential oils

Find out the latest on health trends