The Seeds of Health

The Seeds of Health

You sow what you reap, you are what you eat. Get to know some of the healthiest seeds that give your body the extra boost! 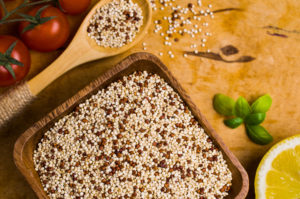 Quinoa is in the same family as beets, chard and spinach. Cooked quinoa seeds become fluffy and creamy, yet maintain a slight crunch. With twice the protein content or rice or barley, quinoa is a very good source of calcium, magnesium and manganese. It also possesses high levels of vitamin B, vitamin E and dietary fibre. Most importantly, quinoa seeds are a source of high-quality protein because they contain significant amounts of all essential amino acids, including lysine, which is typically found only in small amounts in grains.

Quinoa is very versatile – it can be eaten on its own as a side dish with a bit of butter or oil, salt and pepper or other seasonings. It is another healthy substitute for rice, and it can also be added to salads and stews. Quinoa also works as a baking grain for delicious, nutritious breads and muffins! 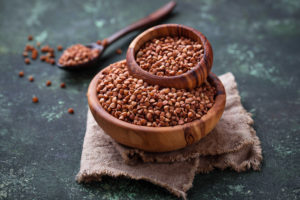 Despite its name, Buckwheat is not related to wheat. It actually belongs to a group of foods commonly known as pseudocereals. These are seeds that are consumed in the same way as cereal grains, but they do not grow on grasses. This also means that they are gluten-free and can be used to substitute gluten products.

What a glycemic index of 54, buckwheat helps stabilise sugar level in blood. After eating buckwheat – the sugar level in blood rises slowly and not abruptly as compared to eating rice and wheat products. Buckwheat is commonly used in porridge and cold grain salads. It can also be milled into buckwheat flour to bake breads and other baked goods. 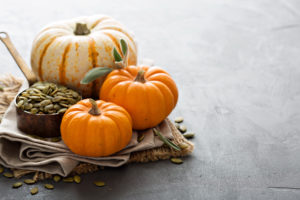 Do you throw away the seeds of a pumpkin after you use it for some pumpkin soup? You might want to think twice before throwing them away – pumpkin seeds are the only seeds that are alkaline forming in this world of highly acidic diets. They are also rich in zinc, which is important for immunity and supports prostate health, and magnesium which benefits your blood pressure. Lignans in pumpkin seeds (including pinoresinol, medioresinol and lariciresinol) have also been shown to have antimicrobial and especially antiviral properties.

The next time you buy a pumpkin, don’t throw the seeds down the rubbish chute. Give them a rinse, put them into a baking tray with some oil and salt (or any other flavourings or herbs of your preference) and bake them at 180°C for 10 minutes or until the seeds are lightly golden brown. There you go – your very own flavoured pumpkin seeds, made from scratch! 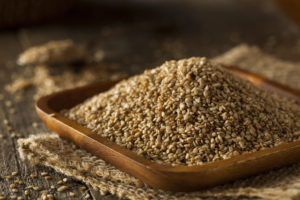 ‘Open sesame!’ – the famous phrase from Arabian Nights – reflects the distinguishing feature of the sesame seed pod, which bursts open when it reaches maturity. White sesame seeds have the aroma of lightly caramelised milk and roasted peanuts, while the black ones are more assertive and flavourful with deeper, richer aroma.

Sesame seeds contain the lignans sesamin and sesamolin, which have been shown to have a cholesterol-lowering effect. Sesamin also protects the liver from oxidative damage. Sesame seeds are also an excellent source of copper, which helps to reduce pain and swelling associated with arthritis. You might be surprised to know that a handful of these tiny, flat oval seeds contains more calcium than a glass of milk – a real boost for your bones! Sprinkle some roasted sesame seeds on salads or side dishes for that extra crunch! 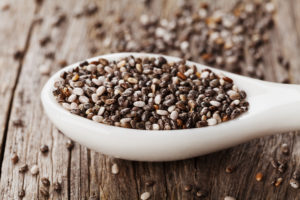 Chia is the ancient Mayan word for “strength,” and it comes from a plant in the mint family. These tiny seeds pack a powerful nutritional punch. Chia seeds are rich in antioxidants, which protect the sensitive fats in the seeds from going rancid. In addition, antioxidants help fight the production of free radicals, which can damage molecules in cells and contribute to ageing and diseases such as cancer.

Chia seeds pair well with both sweet and savoury foods, adding more crunch and texture than flavour. When soaked in liquids, the seeds swell and form a gel. Simply mix 1 part chia seed to 6 parts water. 1 tablespoon of this gel can be used to substitute 1 large egg. This is a great substitute for baked goods, especially for vegans and those with egg allergies.